Africans For Improved Access (AFIA) is the first program in Massachusetts dedicated to addressing the increasing HIV/AIDS rates in African immigrant and refugee communities living in Massachusetts. Formed in 1999, the Africans For Improved Access (AFIA) program started as a community coalition including community members, providers and the Massachusetts Department of Public Health, then quickly evolved into an HIV direct care service provider operating under the Multicultural AIDS Coalition (MAC). The AFIA program was built on the principle that community-led approaches are central to identifying and implementing sustainable HIV/STD prevention strategies.  The end result not only achieves AFIA’s goals of increasing utilization of HIV/STD services and reducing new infections, but also leads to the community building their capacity to address issues.

Today, AFIA is still deeply rooted in the community and staff are indigenous to the African immigrant (first and second generation) community. Staff works closely with African community members, organizations, civic groups and businesses to provide effective services in a way that understands, respects, and incorporates culture. 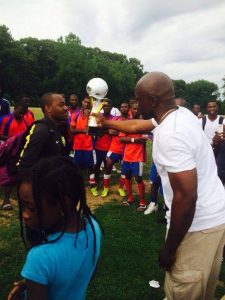 The African Health Cup is an annual soccer tournament that brings members of the African immigrant and refugee communities together to celebrate culture, and at the same time: